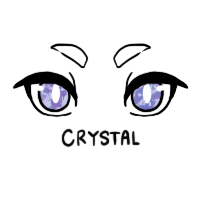 Crystal powers - Crystals can grow on the character's body as well as giving the power to create crystals. Can have crystal bones/teeth. Gemstones grow and shed from the body. Can speak to stone.

Runic - Horns are made of rough crystals, stone, or marble

Mages: Tap into the magical properties of stone to enhance your mage’s abilities! Crystals and jewels have many magical uses, from being sources of pure magical energy to enhancing certain spells. Some mages can roll the stones to divine the future, while others shape the world itself. Track and tap into the ley lines deep below the earth to enhance your spells. Tier 3 mages can forge new ley connections and trap foes in stone. Particularly experienced mages have been known to bring fossilized remains back to life.
Examples: Harness the magical properties of stone, access ley lines, divine the future, reanimate fossils

Knights: Stand stalwart and weather the greatest storms! Crystalcarver knights bear the test of time, armoring themselves in strong stone and pliable metals forged deep beneath the earth. The earth sings to tenacious knights, telling them of precious minerals and defensible locations. Crystalcarvers are invaluable as miners as well as an incredible asset both offensively and defensively. Can use gems to power their physical abilities to avoid fatigue. Able to fling boulders without the use of a catapult to end sieges early. Tier 3 knights can cause localized earthquakes as well as hold their enemies fast by trapping them within the earth itself.
Examples: Enhanced armor, gemfinding, superior defenses, siege weapons, earthquakes