Meet the individual species of Bellacoste before deciding which is right for you.

Hello, are you new here? Welcome to Bellacoste! I’m the Lorekeeper.

Things around here can get overwhelming pretty fast, huh? Well, don’t worry! Stick with me and you’ll be a pro in no time!

Whether you’re brand new to Bellacoste, or looking for a refresher, this prompt is the right place to start!

Let’s begin with an overview of what will be covered in Lorekeeper Lessons - Beginner:

You are now on part 1 of 6 of Lorekeeper Lessons - Beginner.

In this lesson, we'll introduce you to the species of Bellacoste!

If you're feeling ready, come with me! There's somelon I'd like you to meet.

Ready to learn all about the beasts of Bellacoste? They aren't as scary as they sound!

All three are wonderful and unique in their own way! However, some features are universal in Bellacoste:

Before we get started, just know that all information listed below is accurate to our lore, however we encourage you to branch out! Our staff love seeing what you come up with.

If you have a different idea for your character, we welcome you to tweak the lore to fit to story you want to tell. Your unique narrative is as individual as you are! 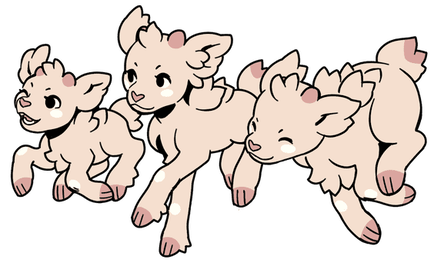 Pouflons are a magical sheep-like species released when the game launched in 2015-- that's why our ARPG is called Pouflons!

Pouflons are versatile and can be found all over Bellacoste engaged in all kinds of activities!

Notable occupations for pouflons include but aren't limited to farming, hospitality, knighthood and mageworks.

Largely hierarchal, pouflons of high standing are often from Pennons, families known for their social status. Pouflon society operates under a monarchy. The current ruling figure is Queen Nouvel, the first ruler from the Pennon of Tourbillon.

Want to learn more about Pouflons? Read all about them here!

Check out more Pouflons on our masterlist! 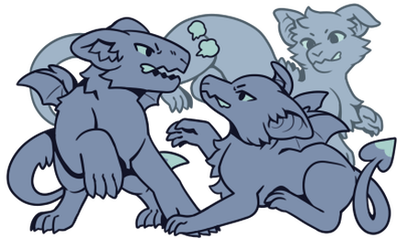 Vespires are a sophisticated dragon-like species known to have a complicated relationship with pouflons.

Vespires are primarily found in the Ebony Wreath in mountain cities and tunneling deep beneath the ground to mine for precious minerals.

Notable occupations for vespires include but aren't limited to mining, smithing, jewelcrafting and architecture.

Vespires have no single ruler, instead forming groups of their own known as Stratas. When an important decision must be made, representatives of every Strata convene in Banelaire for a Rally overseen by Azariah the Arbiter.

Want to learn more about Vespires? Read all about them here!

Check out more Vespires on our masterlist! 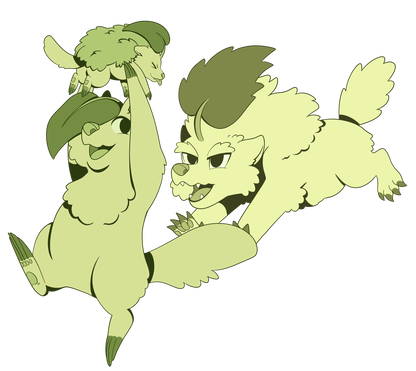 Ursuki are a mischevious bear-like species that can be found all over Bellacoste... if they want to be found, that is!

Ursuki can be found all over Bellacoste, but only if they want you to find them! As masters of illusion, most ursuki villages are concealed magically from unwanted visitors. Additionally, each ursuki has a unique eidolic form that they can use for camoflauge.

Notable occupations for ursuki include but aren't limited to merchanting, conservation, entertaining and hospitality.

Ursuki put a lot of emphasis on personal growth, encouraging their young to embark on journeys across Bellacoste to learn and sightsee. Not all ursuki return to their home village at the end of their journey, instead opting to put down roots somewhere new. Because of this, ursuki answer to no central ruler but generally revere the Saints, or those that have been acknowledged for their own incredible journeys.

Want to learn more about Ursuki? Read all about them here!

Check out more Ursuki on our masterlist!

You've now met all three of the main species of Bellacoste! But there are other creatures in the world, aren't there?

Ready to move on to 1.2? To complete this quest:

Tell us what your favorite Bellacoste species is in the comment section of this quest. Put "N/A" in the link section.

This prompt requires you to have completed 1.1 - Beasts of Bellacoste 1 time.

You cannot view any details until you have completed the prerequisite.