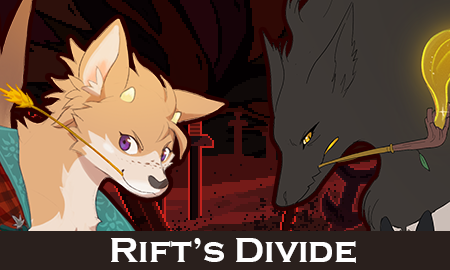 Chaos broke across the camp. The black sphere above them pulsated menacingly. Guards, warriors, and knights from all factions-- Pouflons, Vespires, Ursuki and Woolyne alike-- attempted to calm the masses and maintain order.

High above, in the makeshift rock castle, a horn sounded, raising all heads around the camp to it.

The world leaders emerged. In a line-up, Queen Nouvel, Azariah the Arbiter, King Ericius, St. Veti, and Queen Asaaj of the woolynes stood shoulder to shoulder, facing the corrupted army in front of them in the near distance.

All four glanced at each other, with a collected grimness. Then, Queen Nouvel and Azariah stepped forward, looking down at the crowds.

“Everyone. Comrades, new friends of other worlds, and family… We must all escape the rift, at any cost.” The pouflon queen began, voice booming.

Azariah raised her head, staring up at the black sphere of corrupted. “All leaders have agreed to stay here and hold back the corruption.”

“We ask you to use either the Andras or Bellacostan/Aequorean portal… It is a huge ask, but save yourselves, keep your flame alight, in either world.” Queen Asaaj boldly spoke, giving a bittersweet nod to her fellow woolyne.

St. Veti stepped forward, raising his claw. “I know that you were all hoping to rescue your friends, family.. As many corrupted ones as possible… But our time here has run out. Please understand.”

“Now all, make way to the nearest portals.. Help your fellow comrades and any who cannot move. May you escape swiftly as the currents.” King Ericius commanded, turning away, so that his face wouldn’t show.

The leaders one by one raised a limb towards the camp. "Go onwards!"

After the speech from the leaders, chaos resumed again, but this time with focus. Mages and knights loaded the wagons with the wounded. Medics passed around potions and supplies, and groups of able bodied ones began to depart towards the portals.

Seren shoved through crowds, cursing heavily and looking around frantically. Aiza had slipped away from her grasp during the speech, and disappeared into the crowds.

"Aiza.. dammit!" The vespire growled, turning every orange pouflon she ran into.

She continued moving through the crowds, bearing desperate eyes until she stopped short, in front of a giant vespire.

"Looking for someone?" Azariah asked, sharpening her claws on a grindstone.

"Azariah… It's been a while." Seren calmed down slightly, but her fur was still frayed.

"It has. And I'm afraid this could be our last time meeting…" Azariah's eyes met Seren's for a brief moment. “Ah..  You seem to have found resolve.”

"Seren, black mage of Bellacoste… I hope you find your strata." Azariah spoke, giving a toothy smile as she rose.

The larger vespire took off, and Seren waved to her as she joined Queen Nouvel in the air.

The black vespire then sat there, a sad smile grew on her face as she recounted the last few times her paths crossed with Azariah.

But after a few moments, she went back to her search for Aiza, moving faster and more determined than before.

Aiza narrowly squeezed through the crowds in the sky, head pointed towards where she last saw Klein.

The air around the camp was busy, lons moving items and others from one place to another as they readied escape.

A booming roar erupted from the black sphere, where the dreadful looking pouflon was. Aiza stared upwards.

The world leaders were flying towards the sphere, towards the king-like pouf in the center.

The corrupted pouflon gave a chilling laugh at the leaders approaching it in air.

It yelled something that would have been inaudible given its distance, yet everylon in camp heard its raspy voice anyways.

With a stamp of its hoof, the army of corrupted creatures lunged forward at the camp. Thousands of red eyes twinkled as the black sphere bent, spilling the army from the sky, downward. Ungodly roars of all pitches rung throughout. Following their descent was a tidal wave of ash, drawn up from the rift's plains.

Screams and yelling tore across camp as it became consumed by the ash and the attacking monsters. The air became thick and rusty, and red eyes glinted in all directions.

Aiza quickly casted her glove spell on herself, and a halo of invisible magic masked her face just as the ash pelted into the camp. She pressed on, looking around desperately, breathing heavily.

This went on for a minute, and her voice was drowned out by the increasing coughing, yelling, and hectic noise all around camp.

She dodged by several corrupted monsters that resembled nothing she'd seen before. Poor souls that were corrupted from other worlds, she figured. She would heal them all if she could, but there were hundreds of them…

As she continued onward, into the ashes, her gut twisted. Was it even possible to find him in this ashy haze? She couldn't even see past a few feet ahead…

A monster swung at her, and she flapped away, missing it by inches.

By some miracle, she felt a familiar presence nearby.

Up ahead, a silhouette of an ursuki with a hat loomed, and Aiza’s eyes widened.

When she got close, she barely could speak. It was a corrupted ursuki, with a tattered mustache, and tattered khaki shirt. Pockets of brown fur distorted into view, trapped by a red and black ooze that warped around its body. Its eyes, though red, had a glint of green deep within them, almost faint enough to miss.

The ursuki was gargling a noise, a low rumble. It turned slowly, its wings a crimson red, its claws sharp as knives.

“It’s me, Aiza!” The pouf yelled, waving her cape.

No response. The red eyes shifted, and the ursuki’s attention turned to her.

“I finally found you…” She said, looking him in the eyes, trembling slightly. Her grip tightened onto her bag of potions and runes…

Just then, the ash around the camp transformed into a crimson red. All who were surrounded by the ash were plunged deep into the haze.

The world leaders disappeared into the thick ash, flying towards the kingly crimson pouf, who cackled. His raked laughter echoed through camp.

It sent shivers down Aiza’s spine-- as if she heard that laughter before, at the beginning of her journey in the rift…

She and Klein too were plunged into the ash, and she felt the whole world around her become isolated. She couldn’t explain it, but felt like they were in their own space now. The presences of all others around them had gone.

Aiza pressed towards Klein. The ash cloud around her began to take form, and a town formed around her, becoming solid wood frames, to houses, and barns. Red fields of farmland materialized around, broken wagons, destroyed houses and silos… She gasped.

They were back in Goldfair--- or some version of it.

It was all tainted red, and it was the exact moment when the corruption first began wrecking havoc. The moment that--- Seren and her had lost Klein in the first place.

The events happened again like her nightmares had. She saw the black and red goop spread, and heard the fire raging on buildings and fields. Aiza felt herself breaking into the same run she had done before.

She frantically searched the orange barn, Klein’s farm, yelling for him.

Then, she ran out, and saw it- the image that haunted her for weeks.

Klein standing in front of an enormous corrupted beast, holding a pitchfork. He was about to strike the beast--

Once again, she ran towards him. Her legs began to feel weighed down, but the pouf persisted. No! It was going to be different this time!

She struggled, trying to speed up… But something was pulling her back. Aiza breathed slowly, trying to cast another spell on her legs. But nothing happened.

She could only hopelessly watch as the events played out again.

Klein and the beast again appeared to slowly shrink further away from her.

Aiza was too far…

She felt herself sinking.

The beast swiped at Klein, throwing him into a building. The black and red goop began to consume the ursuki.

It was the same outcome. The same Nightmare.

And she would lose him again. This time, maybe forever…

The pouf felt herself lose her sense of touch, and her vision darkened. A sense of intense emptiness and hopelessness consumed her mind and heart.

The red ash around her thickened, choking her breath.

Bit by bit, Aiza felt like she was drowning into nothingness. Fear gripped her very soul.

The pouf slowly faded into the red ash, closing her eyes, unable to move....

oh boy things really hit the fan!!! Aiza faces one of her fears... Can she overcome it?

Submitted By teadino
Submitted: 3 months ago ・ Last Updated: 3 weeks ago 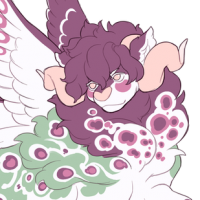 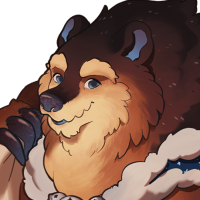 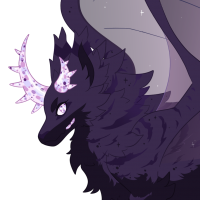 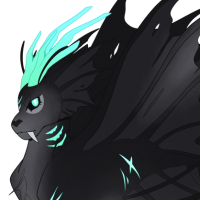 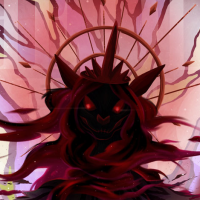