Case Name: Within the Bitter Heart

Winter of the year of Emerald

It has been a week since my journey began-- the journey to get the Mage’s Order to approve my hundreds-page research on the Elemental Shards.

If I had been a graduate mage, they would have stolen it in a second.

Never did like school though, it would explain why I ended up at Master Marva's doorstep.

I’d still take that tough ursuki over sitting in an academic session… She was very hands-on, way more than most mentors I’d say, and I did learn most of my mage skills from that ancient old lady…

Sigh… What would she think of me now, after I left her all those years ago…

My journey took me to the forest and hills of Chrysanthos yet again, mostly to wait out on the winter before returning to Snowhurst. Normally, I had always returned to Fluorspar during the wintertime as part of an ongoing tradition with one or two friends.

This time however… An old friend had invited me over to Chrysanthos to catch up.

St. Florentine was their name-- And yes...

They are the one and only St. Florrie, one of the saints of love and matchmaking, the other half being St. Amare.

She had the power to see and feel any being's love and passion. (A power I feel blessed to not have.)

One of these days I’ll write about how we met, but to keep it simple, we met a very, very long time ago when I was still a young vespire, training to become a mage.

Now however, we barely see each other, as I now go to rural areas for magical investigations. St. Florrie never strays too far from the city, where most of their work presides. After all, cities had the most population of citizens, and such, there definitely would be much matchmaking to be done, and letters to deliver.

I met St. Florrie this winter in one of our old meeting spots, a small forest adjacent to Chrysanthos that was still untouched from civilization. It was an unremarkable place, which made it perfect for meetings without any distraction or bother from anyone. I had parked my carriage deep in the forest, out of view, and had been waiting in the clearing with an oddly shaped giant tree stump in the shape of a heart.

St. Florrie appeared in their usual poof of pink sparkles, a trademark of their teleportation magic, hovering above the stump.

She looked like her usual self, lavender and vibrant. It was like she hadn’t aged a day since our first meeting.

She greeted me warmly.

“Seren! Long time no see, honey! You’ve grown quite a bit haven’t you!”

I blushed slightly. I was still growing in size still? That was a good sign of health in a way.

She continued, gushing over me, “My my, if you keep growing, maybe you’ll become as big as Azzy!”

“You mean Azariah the Arbiter.” I corrected her. She had a tendency to nickname all the leaders of the world with cute names, as if it were no big deal. As a saint, she definitely would have known them when they were young… She was an old being.  Still, it was weirdly endearing of her to refer to them as if they were still small.

“Ah yes. I haven’t seen her in so long either. You’ve all been so busy…” St. Florrie sighed, in a maternal way.

“What have you been up to then, my dear? Are you still training under Marva?”

“No… I actually left her wing a while back.”

St. Florrie was shocked. “Oh my! You left her? My, she must have thrown quite a fit. You really were her star student-apprentice you know.”

“I suppose. But I decided to go a different path than the one she wanted me to take. And we both disagreed on that.”

“My, what a surprise. What are you doing now then?”

“I’m a magical anomaly investigator. Been travelling around for a couple decades… Looking into strange things. Recently I’ve been researching the Elemental Shards.”

“Aha. I have heard of those. You’ve grown into quite a brilliant mage to know what those are!” The pouf beamed with a sunny face. “My, I’m so proud of you my dear. Why, I remember when you were just a wee vespire still struggling with your Pneumir! Hehe!”

She then blinked in surprise. “Oh? What is this?”

I’ve seen that face of hers once a long time ago before, where she would pause and stare at me, but seemingly staring at something invisible.

“I can feel quite some passion from you for magic investigating… But.. It feels less strong than it was before.”

She tilted her head. “How novel… You still love it, but there is now something missing. There is a hole!”

“Correct… I have been feeling quite… Cold as of late.”

“I never imagined an investigator like you would become fazed! Perhaps you’re finally getting to feel my age! Hehe” St. Florrie giggled.

I huffed a large gold cloud, half in annoyance. “Don’t get ahead of yourself, I’ve got at least a hundred more years to go before I even hit half of your age.”

The saint then got flustered, looking offended. “My, Seren, are you calling me old?”

“You brought it up!”

It was noon now. We had set up a small, magical campfire next to the stump. Its heat created a circle of green grass around the stump, and the temperature in this circle was much like spring. Anything outside it was a white and blue winter wonderland. I brought out a picnic basket full of picnic items to share with St. Florrie. As I began to set up lunch, we continued our conversation...

“Anyhow… I do want to find that something that will re-invigorate me.”

As I spoke, the pneumir formed into its usual gold claw, and began to set the table. The table cloth was placed over the heart shaped stump, and the gold smoked claw delicately began to place plates and silver lunchware down.

"I've been looking for a while now, but nothing interests me outside of investigating."

"Eugh. Never. You know I don't like those critters."

The saint continued, "Hummm, My. How about Writing? Gardening?"

"Writing reminds me of note taking. I do journals, but they really are just a habit."

"What do you take me for, an old retired vespire?" I gave an annoyed eye at St. Florrie.

"How about fashion?!" She excitedly said.

I scratched my head. Nothing she suggested had struck any kind of chord.

I heard myself sigh. Perhaps it could take years,  decades, before I could find that new shiny fixation…

St. Florrie could sense my frustration, and she pat my head with the softest of motions.

"Aw, don't worry dearie! You'll find it one of these days! Life is long after all."

I had to admit, it was nice to have my concerns heard by someone…

"That's true." I mumbled, as the the soft clatter of plates stopped. The table was ready now, with cloth, plates and silverware.  Using the gold smoke claw, I raised a large picnic basket onto the stump, steam rising out of its top.

this is quite possibly my most favorite quest written so far!

Submitted By teadino
Submitted: 1 year ago ・ Last Updated: 8 months ago 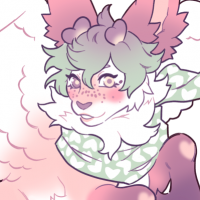 In the rich text editor:
[thumb=299]
In a comment:
[Black Mage Quests #3: Within the Bitter Heart 1 by teadino (Literature)](https://www.play.pouflons.com/gallery/view/299)
There are no comments yet.