Fall of the year of Emerald

Its Day 3 of my journey to get the Mage's Order's eyes on my research papers.

Today I'm meeting up with renowned potion maker Amaryllis, who requested help gathering berries near Mt. Frostfall. At first, I wasn't sure why she needed help, but once I got to the slopes it became clear as she explained (Though a little too slowly in my opinion).

The sleepy pouflon spoke at a snail's pace, I had to poke her awake multiple times… how many minutes does she sleep per day, 2?

But actually, there was something else.

She told me about a terrifying noise she heard a couple days prior at the mountain.  While gathering berries, she had heard a howl from all directions. It scared the stuffing out of her, and she fled.  Since then she'd like company while picking the berries, just in case a monster was around the corner.

I happened to be nearby when the quest board I was given updated with her request. (I'll explain this magic board later. Just think of it as a fancy letter board that gets updated anytime a nearby Mage's Order's ally needs help.)

When I arrived, she yelped thinking I was a shadow monster. Can't blame her really. At this point I take it as a compliment.

I always towered above other Poufs, and it'd be natural to think I was hostile. Amaryllis still went with my help though. Perhaps the howling was a more pressing worry than a large vespire…

We began to gather berries around the base of the mountain, slowly climbing our way up to reach the more lucrative ones.

After nabbing a bunch of winterberries, we chanced upon a strange, red berry. She called it the "koffberry", a berry so bitter that it caused most to cough it out.

We picked that as well, for her potion experiments.

As we both continued doing this menial task, it began to make me think. I don’t remember why, but I asked Amaryllis, “Do you ever get tired of potion-making?”

It was a weird thing to ask a master potion-maker, but I felt the need to know.

The tired pouflon paused mid-berry-pick and thought for a while, before she responded, “Sometimes… it can… be… pretty…. tedious….. But…. When… I get… really … burned out…. I….”

She paused again. I could hear myself giving the longest sigh as I tried psychically to will her to speak faster. Please don’t fall asleep again...

She had a smile on her face after finishing.

A tinge of envy crawled into my brain, and I frowned.

“I see. I wish I had something like that.”

Amaryllis seemed to sense my struggle, and reassured me with, “...I’m….Sure...You’ll...find...something...that...invigorates….you.”

That sentence calmed me. Maybe… After all these years of being an investigator… Could I still find something new?

“Thanks.” I remember saying last.

An hour into picking, we heard the howl.

It was as chilling as you'd expect, and echoed around Frostfall, shaking some nearby snow off the trees.

Amaryllis hid behind me as I investigated around the area and followed the sound. We passed by many bushes and areas the howl seemed to originate from, but saw no signs of life or movement. Then, we reached an area where our ears picked up the sound most clearly. A clear path from there led to the mountain side, where a cave lies.

We approached the cave, hearing the deep throated howls become louder as we went. I readied myself for a fight, just in case.

Surprisingly, a strange pouflon was sitting there, involuntarily creating the sound with their mouth agape. They were the  undoubtedly, the culprit behind the guttural howling noises. Upon further inspection, the pouf had long harp horns and chains… Were they some sort of prisoner in this mountain?

The pouf introduced themselves as "Xenxir", and they had hidden themselves in the cave to avoid scaring their neighbors with the involuntary howls. (Were those chains just fashion statements?)

Apparently, the poor pouf was afflicted by some kind of strange disease. No fever… Though they had a bite mark on their arm.

I rummaged through my brain for their symptoms…

Ah! It was the Howler's Call. An uncommon disease from being bitten by a Loupine. But we had no medicine on hand for that…

However, Amaryllis didn't let that stop her. The pouf, possessed by the need to help, took out her bag of materials and made the medicine on the spot. Impressive!

She said that she could make an antidote using the koffberry we found earlier, mixed with winterberry. I had no idea one could substitute the needed fir-root using that.

For a sleepy pouf, this mage was truly a master of her potions.

Credit where it's due as they say.

Amaryllis gave the finished potion to Xenxir, and after a gulp of the liquid, the pouf's voice cleared up and the howling stopped.

Ecstatic, the pouf thanked Amaryllis and I profusely, and then flew away to return to their home in peace.

After solving the mystery of the howls in the mountains and gathering the berries… Amaryllis and I returned to the bottom of Mt. Frostfall.

She sleepily thanked me for the help, and gifted me a basket of koffberries.

I wonder what I'll use them for… She definitely gave me one too many.

I'm sure I won't need them for Howler's Call anytime soon.

Either way, another mystery was put in the bag. Again, it turned out to be another mundane truth- disease and infection were the most common of anomalies after all…

But that conversation with Amaryllis struck something in me. More than just the berries, she had left me with some food for thought…

Something that could re-invigorate me, an old magical investigator…?

I surely wanted to find it.

took a break from skyfall for this ahahaha

anyways seren continues her journey to get her papers looked at... and gets something surprising from Amaryllis! 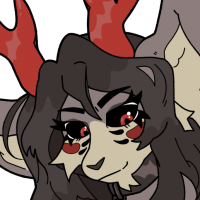 #3333 for 1) Winterberry Wonderland by teadino

In the rich text editor:
[thumb=290]
In a comment:
[BLACK MAGE QUESTS #2: Winter Howler by teadino (Literature)](https://www.play.pouflons.com/gallery/view/290)
There are no comments yet.