It was a calm, cool night; nearby trees rustled as a breeze came through, caressing their leaves as it brushed past. The sounds of the ocean were abundant, though very different than one would hear during the day; absent of the squawking of seagulls, the joyful laughter of young blooms splashing about as their parents watched from a distance, the world was incredibly still -- as if time itself had frozen, save for the steady breathing of the planet itself.

Upon the rocks by the sea, worn away by years of resisting the ocean’s mighty grip, there sat a rather peculiar pouflon, all on his lonesome within the pristine, quiet night. The sea, often turbulent and untamed, sat still as glass then, calmly washing over the sands of the nearby beach with a gentle touch. It was rare for Caspian to take leave of his aquatic home, to haul himself up onto dry land -- not because he so disliked the earth which he trod upon, (though the cool embrace of the water was quite preferred) -- but rather, because those who lived there, away from the wild waters of the sea, viewed him as an unwelcome visitor. As soon as the boundary between land and sea was crossed, such was not his home anymore; it belonged to someone else. Something else. He had been one of them, once; alas, he was not anymore.

No longer welcome upon the surface, Caspian often kept to himself; this, though he often grew rather lonely, was not a fate worse than death for the pale, soft-spoken pouflon. After all, his domain was more vast and full of life than, perhaps, any land-dweller could imagine. He had seen things, been places, that perhaps no one else had ever been. His home was larger than any house, and his backyard stretched as far as the eye could see. Alone as he was, he could find contentment in that; he could forgo such small stretches of land, if it meant the whole world beneath the waves was his oyster.

However, tonight was different. Tonight was an incredibly rare opportunity. Not a single creature, save the occasional crab that scuttled about the rocks in search of shelter, stirred as Caspian sat there. All of the nearby residents slept, be they animal or otherwise, and the sky was clearer than, perhaps, one had ever seen it.

Tonight, Caspian had taken leave of the sea, sitting in plain view by the water’s edge as he gazed upward, all but silent save for his own breath.

Caspian had always had a fascination with the stars; as a child, he could recall gazing up at them, wondering who, or what, could have put them there . With his friends, they would make up new constellations -- some of which were rather ridiculous in hindsight. The memory made him chuckle a bit; things were so different back then. So… carefree, and naive in a way. Of course, the stars held no practical use to him then, but each twinkling little speck of light in the darkness fueled his imagination as to what, truly, could be out there. His mother had always told him that every star in the sky is somelon we’ve lost, watching over us from above. Whether or not such tales had any credence, it was anylon’s guess, but it was a pleasant thought that Caspian chose to continue believing; after all, what harm was there, in preserving the mysticism of those small pinpricks of light in the dark? Certainly, there was none to be had. His thoughts drifted peacefully to and fro as the waves upon the shore followed suit -- his many tails mindlessly twisting about the stones beneath him as he fell deeper and deeper into his own thoughts.

Once his life had become consumed by the sea, the stars, alongside the heavens themselves, became ever more important; no longer were they merely beautiful blots of white, to stare at and dream under. Through them, he could find his way to just about anywhere. Inexperienced seafarers made use of maps and charts, in an attempt to make sense of the ever-changing landscape of the open water -- but the stars never failed. Caspian knew each and every one. He could tell, from where he sat, exactly where he was -- and, as the full moon cast its glow upon him, he could perceive the wavering of the tides, which followed the great sphere’s cues as they rushed forth and receded by its command alone. One really doesn’t realize how much the world above affects the world below, until the sky is all they can see for miles and miles. No land, no maps, no solid ground… Nothing but the heavens above you to carry you home.

It was then that, quite suddenly, a peculiar sound caught Caspian’s ears; a rustling, perhaps? Another pouflon? It could be -- or, maybe, it was just a wandering crab, or a lost pippet, that had made such a noise. It could even have been nothing more than a breeze, or a branch lurching as branches do. He had no way of being sure, however -- and thus, the noise pulled him away from his thoughts.

He waited, for a brief moment, his body tensed; from the bushes, then, emerged a rather large gnut, bumbling along harmlessly as it went about its business. Whatever it was up to, it certainly had nothing to do with him.

A sigh. It was a false alarm -- one which had utterly robbed him of his many wonderings, no doubt. He figured, though, that this may have been for the best; after all, it was never a good idea for him to linger in such a place too long, even if all appeared pleasant and peaceful. Were he to be seen by the locals here, they very well may deem the bay inhabited by monsters -- and, while this was a relatively common occurrence for Caspian, cementing him in the local legends of some small villages, he had indeed noticed that something, somewhere, was incredibly wrong at the moment. All of the residents, just about anywhere he went, seemed so very jumpy, and far more fearful than usual; knights and mages were armed to the teeth, seeming rather well prepared to deal with threats of terrific proportions, and citizens were quick to report any sign of danger to the nearest authority figure. To be confused with such a creature would not be a pleasant experience for either party; Caspian had only come into contact with deadly force a time or two before, and he did not fancy having another harpoon hurled at him -- let alone one imbued with some brand of powerful magic.

Rising to his feet, Caspian lifted his great body, descending from the rocks to the darkened shore. The waves lapped at his feet, as if welcoming him -- bidding him to come home. It reminded him that there was, at least, one place where he was wanted. Looking up to the stars one last time, the pale pouflon plotted his course; whether or not he would return here one day, he did not know -- but, if he ever wished to, the stars would take him there.

In mere moments, the pouflon had vanished out of sight beneath the waves, leaving the beach as still and pristine as it had been before he arrived. Nearby, a young bloom emerged from the darkness, calling for their lost pippet; lazily, it fluttered over, coming to rest right by their side with a rather peculiar glint in its eyes. 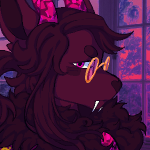 0 ・ 0
In Callings Art ・ By horlzonline
No description provided. 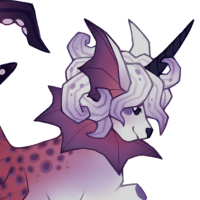 In the rich text editor:
[thumb=284]
In a comment:
[Caspian | Stargazing [Pt. 1] by horlzonline (Literature)](https://www.play.pouflons.com/gallery/view/284)
There are no comments yet.