Summons From the King [Basil]

In Prompts ・ By Zevhara
0 Favorites ・ 0 Comments 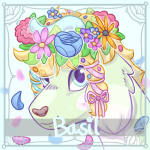 Summons From the King [Basil]

Well, this might as well happen. Wasn't one of these things bad enough? Now there are so many more of them, and they swarm the Aequor guards in groups out of the endless darkness of the ocean. They cast a sickening red glow over the walls as they fight, and the way the light spreads makes it look like the whole world is shifting and changing. The sheer number of these things and their terrifying speed and stealth has given the healers a lot of work. Basil can't help but be glad he wasn't corrupted underwater. He can't imagine going through that pain while in such a foreign landscape, all the while knowing the threat of drowning was looming as well. Sometimes the corruption would cancel out the magic of somelon that was allowing them to breathe underwater, and it was always horrifying. Thankfully, the city has places for air-breathing visitors that these lons could be taken, but Basil knows he won't ever forget that sight. And the sound...
This war needs to end fast.
Basil once again spends most of his time on evacuations. He's not a skilled fighter on land, and he's not about to find out how bad he is underwater. Not the hard way, at least, because some of the guards have been providing training sessions when they aren't defending the city walls. A handful of them bear scars just like Basil's, and he is surprised that he takes comfort in knowing he's around people who really understand. Basil attends these sessions every time he has the chance, but it's very difficult and he can't help but feel he isn't making much progress. He needs more in-depth studies, but any little bit helps right now. Sometimes he joins the guards and other trainees out on the battlefield itself. They only allow Cleansed trainees to follow them, so there's significantly less danger, but these things still have really sharp teeth. Still, Basil does get in a good hit or two and is good at providing distractions with his light affinity, and that's pretty satisfying. 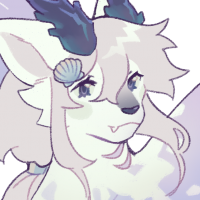 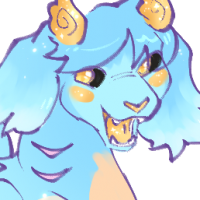