I caught up to Mithril ten minutes later, at the zenith of the ground crack's tail. Along the way I had noted it was a deep crack, so deep it seemed like a thin ravine. Faint glowing light seemed to rest at the bottom... Mithril was waiting at the end of the rift's crack, in a clearing surrounded by kelp. An old mervesp's scarecrow bobbled at center of the forest. The warrior yawned.

"There you are, what took you all day?"

I rolled my eyes, resisting the urge to punch him and went to work scrapping up samples of the surrounding soil with my hoof.

I coated the hoof with magic, making it untouchable like an invisible glove to avoid dirt and chemicals.

This was a technique I learned early on when working for Seren. After turning in one too many contaminated samples, and one burning acid incident--Don’t ask--, I figured this would save me trouble.

"Strange magic you have. Is that what all landwalkers do? No levitation or projection magic?" Mithril's eyes followed my glowing hoof as it scraped soil into a jar.

"Nah.. I actually am pretty bad at those two types. I just channel magic through my body. Plenty of landwalkers can hold swords and make fires.."

The warrior scoffed in a noble way. "So I am stuck with a landwalker with no mage skill… Oh clams, I'd rather be at that awful Pearl Ball hosted by the Obsidian family!"

I rolled my eyes so hard they would have gone back to land. And I'm stuck with a fishman who thinks a nice dance is something atrocious. I never liked nobles, but I decided fish nobles may just be the worst. My patience with Mithril was beginning to wane...

After getting some soil, rock, and vegetation samples, I observed the area and scribbled down some notes about it.

As we turned our heads to the path, we felt a tremor, a vibration from the ground.

An unholy screech came from the kelp forest, and I heard Mithril unsheath his trident.

A large shadow loomed from the side, taking down the scare-crow that was floating near the crack. With a large claw swipe of kelp, the monster revealed itself, a large serpent-like creature with red eyes and black body.

“Don’t touch it!” I warned, remembering all that happened in Goldfair. These creatures were just like the ones that attacked the land… And if touched, a terrible corruptive virus would spread across the host.

“Get out of here, sea sponge, I can take care of this!” The warrior yelled.

“No way, I can’t just leave you here!” I spat back. Annoying or not, I had to help him. I’ve seen too many underestimate these corruptive monsters. Plus.. I had to get back at them for what they did.

Mithril stabbed at the creature, nicking it in the side. The thing retaliated, and almost flanked him with its long tail.

I got ready to charge, taking out a knife dagger. This was a tool usually used for gathering tough-to-cut herbs and plants, and sometimes rocks, but in a pinch it served as a great defense. If I could coat myself with the invisible glove spell, I would be untouchable… At least in the front.

The monster noticed me however, eyeing my red and black mantle. For some reason, the pattern of my cape agitated it, making it scream on sight, and it charged straight at me.

Crap! I didn’t expect it to go after me now!

I dodged it narrowly, its jaws snapping next to the mantle.

Just when I thought I escaped, its tail came flying at my mertail. One touch would be all it takes. There was no way for me to react fast with the clumsy swimming I was stuck with. I was toast. Preparing for the worst, I took a swing with the dagger.

The monster’s tail was split and floating away, and the creature was screeching.

Mithril had sliced it, and the warrior speedily turned around, stabbing the creature in its shoulder using his trident, pinning it to the ground.

The serpent wailed, trying to free itself, but to no avail.

He didn’t need to tell me twice. We both high tailed it out of there, swimming as fast as we could back to the village.

Mithril grit his teeth, glaring at me, as we swam past blurs of kelp forest.

“You almost died, you idiot sea sponge! Why didn’t you run out of there when I told you?”

“Couldn’t leave ya behind there. It took a whole kingdom to take down one of those things you know.” I replied. It was true.

“Huh. So that’s why. You landwalkers want all the glory with fighting those things. Because it was a difficult challenge to the army.” The warrior growled, his face darkening. “Just admit it, you’re only here to just call yourself a savior of Aequor.”

“What?!” I exclaimed. What’s with this guy?! That statement was far from the truth...

“I also lost my trident to it.. This wouldn't have happened if you swam away! Tsk. This is why I didn’t want to work with you landwalkers and your sluggish swimming!”

I had so much to say, but I grit my teeth and saved my breath. Now’s not the time to argue. We had to return and warn the others.

Upon returning, Mithril and I quickly explained the situation to Seren.

I delivered the samples to her, who snapped them up immediately with her claws and surveyed them next to her own samples at the site, working fast. Piles of stone tablet notes and books lay around her. Since they were underwater, paper here was instead thin but resilient flat stones that were carved onto.

The vespire didn’t let that bother her, quite clearly, as she thumbed through them with ease.

After some minutes of her looking over them, and asking me  a few questions, she made a surprised grunt. The one sign she had noticed something.

“Fascinating.” She stroked her chin.”Good news and bad news.”

Mithril and I’s attention were caught, and we leaned in towards the vespire.

“Bad news first. The monster you saw and all others appear to be coming from the large cracks around Aequor…  There's a high probability that a rift similar to the sky crack is down there. In that case it would display the same properties..  High density of heat, magic signature mixed with something else…”

Seren puffed bubbles from her pipe, her eyes scanning her notes.

“The heat caused from the rift is burning the metals under the soil, causing toxic chemicals to be released all around the cracks. That would explain why so many are fleeing to the capital.”

Mithril made a face I had never seen before. What was a very conceited look of vain moments earlier in our journey was now a dark, despondent and serious face. An expression of true concern.

“Mage Seren, what is the good news?”

“The monsters have not emerged in town yet. But they could pop up at any moment. You did good pinning that one down, but we should still leave posthaste.”

“Understood.” Mithril replied, and without a moment’s hesitation, the warrior called attention to himself in the middle of the town.

The warrior slammed the hilt of his trident down on the stone in the center of the town several times, turning heads all around him.

“Aequorean citizens, we must make haste. Monsters will descend here soon. I apologize, but we have run out of time.” He looked around, and seemed to notice the worried, scared faces of the citizens.

“Do not worry, I will protect you.”

He seemed calm, which eased the villagers. I was almost impressed by how well he put on a poker face while I knew he was angry.

The crowd dispersed and moved at a quicker pace. Following them, I helped a family pack up their wares and pushed their goods into one of the carriages. Mithril and Seren also assisted the others, Mithril using water magic to corral barrels, and Seren using her pneumir to lift heavy precious rocks. A carriage that was full to the brim, with boxes chained behind its bumper, was sent off, heading into the blue. The other carriages were half as full, and it would take another few minutes at most for them to begin moving.

We packed as fast as we could. And that was when we heard it.

A loud bang, thunder-like, no…. A lightning-like crackle.

It was a rumble, and a tremor hit the village.

The younger villagers yelped, and some screamed.

From the center of the town, the crack opened its jaws, and a few monsters began to worm their way out of it, eyes burning red, teeth a stark white.

3rd part, and for the prompt tremor sense :3

Submitted By teadino
Submitted: 1 month ago ・ Last Updated: 4 weeks ago 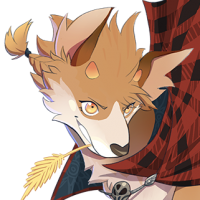 In the rich text editor:
[thumb=272]
In a comment:
[UNDERSEA SIEGE PART 3 by teadino (Literature)](https://www.play.pouflons.com/gallery/view/272)
There are no comments yet.