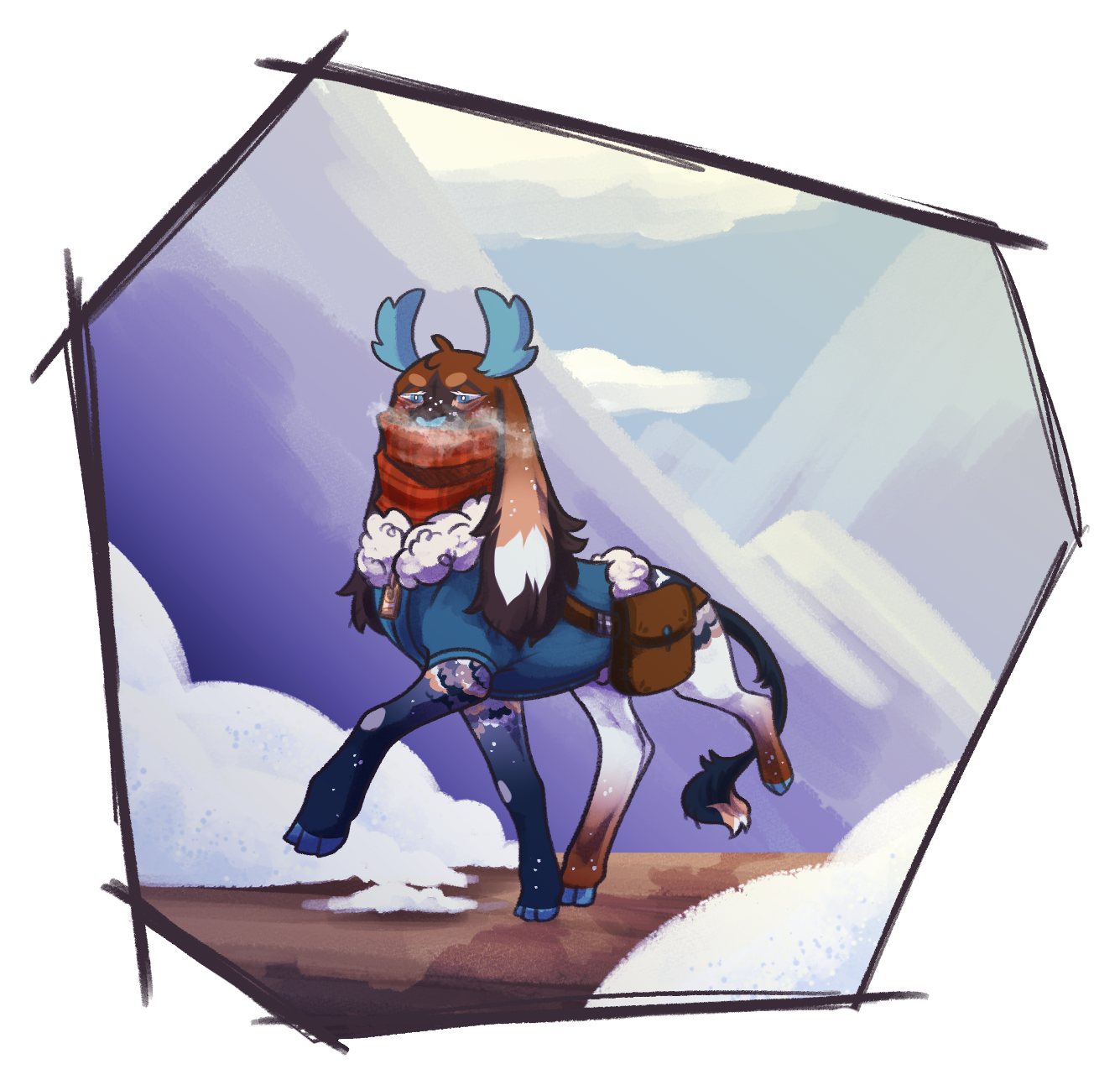 It was just as he remembered it.

The air was thin, cold, dangerous, and sharp. The mountains were tall and jagged, their low rumbles threatening to bury the unwary beneath the snow that rested precariously on their ledges. Even the trails had the sting of a chill with every step, the frozen dirt feeling far more solid than even the cobble of more habitable places. But to those who had been born and raised in Snowhurst, it could also feel refreshing, nostalgic, even enlightening.

And for Teagan, this is exactly why he had taken up the task of patrolling the mountain trails; he was homesick. He had wandered these trails a lot as a bloom, even daring to venture into frozen underbrush or the dark forest with its towering pines. He remembered getting reprimanded, fussed by his mother as she went over every ‘what if’ a concerned parent could imagine. The memory caused him to chuckle- what a foolish daredevil of a child he had been.

It made it almost ironic that now, as a more able-bodied apprentice knight he was being tasked to follow select trails. Careful, well-traversed trails that risked nothing more than bumping into strangers and chilly snowfall. His mother would be pleased to hear it, though Teagan knew he would have to stray somewhat.

He was here to find the lost, not follow routes that dotted every Bellacoste map.

And he knew at least a few he could check.

His traveling eventually brought him to a trail along a cliff, the pines at its base looking almost like an infinite void instead of a forest. For a short moment he looked over the side, taking in the view of the snow-covered pines and the frosted valleys and hills in the distance. It looked as he remembered it in his youth- lifeless and still, quiet. If there was something, or someone, in the forest or frosted valley below then he couldn’t see them from this point.

Still, a quick check wouldn’t hurt. So long as the snow stayed light and the winds stayed calm.

“Wonder if I’ll see anyone familiar.” Teagan mused to himself, before allowing his wings to form and stretch out. After a deep breath of mountain air, the pouflon jumped- allowing himself to dive before shifting into a glide. While he would prefer to walk beneath the quiet pines, he was still a knight on duty with tasks to complete and report on.

“Maybe they wouldn’t mind me being a little late.” The pouflon chuckled to himself, his eyes glancing over the forest below. It was quiet, as expected. Though now as he continued to glide over it seemed a little… too still. When pouflons flew overhead it wasn’t odd to hear the stray woodpecker or catch sight of a flighty finch. It had him curious.

Once he found an opening in the dark green below, Teagan landed in the clearing. In his youth he’d have perched on a branch, but as an armor-clad adult with gangly legs and heavy supplies, he thought that might be unwise. The last thing the knight needed was to break a wing out here all alone.

Then he’d be the one needing someone to feel nostalgic and choose to stray from safer pathways.

Once on the ground the apprentice knight started walking forward, stepping lightly to keep the snow from sounding too loud as it crunched underhoof. As he wandered through the pines, he kept listening and watching- still noting that things were far too quiet.

Even for this frozen part of Bellacoste, it was too uninhabited.

“This is too strange. I should at least see some birds out here.” Teagan mumbled lowly, his blue eyes scanning the area around him. As he looked through the trees, something felt off and he could feel himself starting to put his head down. He felt like he needed to avoid the sight of something, with that something being the culprit behind the quiet pines. “This might be above my paygrade.” He whispered lowly to himself, a joke to try and calm the unease creeping down his spine.

Then he heard it, the snow crunching in the distance. Something was out there in the shade of the pines, and whatever it was… it sounded a bit... heavy.

Could it be another pouflon…?

He froze in place, using his magic to pull his scarf over his muzzle as an instinct- a reaction to trying to mumble any breaths or words. With that, he would begin to walk forward again, though with more caution in his steps as he tried to muffle the sound of crunching snow and footsteps even further. However, he made a slight misstep- a branch hidden beneath some of the snow.

With a loud snap it broke underhoof, startling both Teagan and whatever seemed to be hiding out in the pines.

As Teagan jolted, his head went up and his eyes snapped to something moving in-between the trees. A large shadow, far too big to be a pouflon. The would-be knight could tell it was looking in his direction.

And then in a flash, it was gone.

All Teagan could hear were the receding footsteps as the large shadow disappeared into the forest. However, that was enough to convince Teagan for the time being. While he had played here much in his youth, against the advice of wiser pouflons, the current him was far more cautious than the wild youngster of yesterday. He would begin to step backward, his eyes locked onto the place where the shadow had disappeared from view.

After stepping back into the trunk of a tree, the pouflon turned and scratched some shape into the bark. A way for him to find this spot again, should he come back with others to see what might be hiding out. Until then, however… It was time he returned to the path.

That was enough nostalgic wandering for one day. 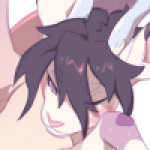 0 ・ 0
In Knight Quests ・ By fyre
No description provided.

Submitted By fyre
Submitted: 1 year ago ・ Last Updated: 7 months ago 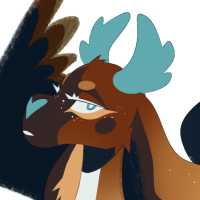