In Prompts ・ By ddyyuu
0 Favorites ・ 0 Comments

“They don’t have claws. Or teeth like us…How are they going to eat rocks?”

Maera looked away from the market stall displaying various plates and bowls, surveying the crowded marketplace for what her daughter was looking at. The older Vespire soon saw it, her reaction was to simply smile in amusement and gave a flick of her tail as she turned to go stand with her daughter to the side of the stall so she would be out of the way. Gwen had her sights set on a Pouflon that was carefully making its way through the area with what she only assume would be a close friend or mate, who was a Vespire.

“They don’t eat rocks. They eat flowers and berries. So they don’t need the long claws we have, or the teeth and bone that we have.” Maera replied, watching the Pouflon stop at a stall with his friend. Gwen watched as well, ears perked forward and after a moment she finally flipped her head up to look at her mother.

“If they can’t break rock or eat it, how do they hatch?”

Maera couldn’t help but chuckle at the thought of a Pouflon violently breaking forth from a rock like Vesp’s would. She shook her head though and looked back down at Gwen.

“They aren’t born from rocks like you and I were. They come from flowers-“

“Don’t they run the risk of someone eating them then! If they eat flowers! And are born from them!”

Maera actually laughed but pulled her daughter close to hug her, tucking her up under her leg so Gwen effectively was sitting between her front legs. The little Geode was certainly full of questions, and was always so concerned about everyone else and how things could go wrong. Maera reached down, kissing the snout of Gwen to calm the little thing down.

“No. Just like we don’t accidentally eat Geodes. The flowers that will produce them are in a very special place, much like your egg was overseen by Azariah with all the other geode eggs. No one goes there looking for food, so no one goes to their garden looking for food. There is no accidental baby eating had, silly.” Maera replied, still completely amused at just how horrified Gwen had looked for a few seconds. At least the little Geode had settled a bit, content with the answer as she looked back over at the Pouflon.

“How do they come from flowers?”

Maera stopped to think for a moment. She’d never actually considered how great the magic must be for creatures such as them to be birthed from rocks and flowers. Things that ordinarily would have no power or anything special about them. She knew geodes had more magic in them then rocks or the various stone types. But if it came to magic, how was a Vesp not born from raw crystal or gems? She didn’t know much about flowers, but she would assume the same could be said for Poufs.

“Magic, my dear. It can do wonderful things. It can make the impossible become possible. Like blooming into cute little Pouflons. When they’re your age, they are absolutely adorable. They’ve got flowers around their neck and are just all leg. Much like you were all tail and ears, and ginormous feet.” Maera replied and smiled as she looked at the Pouflon as he and his friend wandered off out of the market. Se stood again, making her way back to the stall of carefully carved stone plates. Gwen skittered after her, staying under her to keep out of the way of the other adults as well.

“You know Grandma told me about all sorts of stories from our ancestors. You’ve even had a few stories about us fighting them. When did we become friends with them?” Gwen asked, pressing her cheek against the inside of Maera’s arm as she stood there, the equivalent of a child hugging their parents’ leg as they waited at the store boredly.

“Stories, my dear, might not always be truthful. You think we should not trust them?” Maera asked. A few Vesps glanced their way, but Maera didn’t seem to care as she browsed the wares. A child would ask a billion silly questions, but she always saw them as a way to teach. Once could simply answer the question, or they could dig a little deeper and try to make the child think. It was a skill she would enjoy seeing more of in all honesty.

“Well stories always have a bit of truth to them, grandma told me so. Maybe they want to flatten our mountains to make more room for flowers and fruit trees? Maybe that’s why we were fighting so long ago?” Gwen asked, cocking her head to the side to glance up at her mother.

“I mean, maybe. But those stories were from so long ago, no one can remember why we weren’t on great terms with them. What matters, is we’ve come around to them now. They’re not bad. I’ve met a few I did not agree with, but I’ve also met a few Vespires I did not agree with. Just because they look different, and act different, does not make them bad. What would you do if you met a Pouf your age that thought the exact same way? You would try to show them you’re not pure evil born from volcanic stone, right?” Maera replied, smiling at the stall owner and bowed her head before turning to leave after not finding anything of interest. Gwen followed after her as they moved through the street, now keeping an eye out for anything that wasn’t a Vespire.

“You’re right. I’d try to tell them I’m not bad at all! But adults are unreasonable.” Gwen replied, making Maera glance back at the Geode with a smirk.

“Sometimes. I won’t argue with you there. But, my dear, it is important to not judge people based on how they look. There will be a day when you start to think the same thing of our own people. If you see someone with a trait you don’t know but they’re a Vespire, you might start to think they can’t be trusted either. Do not fear the unknown. Instead, you should learn about the unknown. Everything is far less scary when you know why the thing looks or acts the way it does.” Maera replied as they finally broke free of the packed market streets.

“You know. You should ask your grandpa about some of the Pouflons he’s met in his time. He’s met quite a few, and all are just as funny as he is. I think he’s still in touch with a few. He could probably take you to meet them sometime.” The older Vespire said and smiled back at the Geode as she willed her wings to sprout from her back. Gwen quickly made her own appear as well. She wouldn’t be able to fly simply due to her age, her wing muscles entirely too young still, but she was getting the hang of gliding and enjoyed it quite a bit.

When her mother suggested asking her granddad about Pouflons he’d met, Gwen smiled and gave a quick nod. “Next time we go, I’ll ask! Maybe I could see a city of theirs! I bet the flowers make it so pretty.” Gwen replied before running off after Maera to try and get enough speed to actually fly after her. Maera just snorted as she hovered a few feet off the ground, reaching down and plucked the small Geode out of the air before she could fall, the two flying off back in the direction of their home. 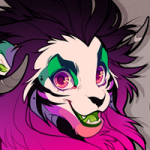 0 ・ 0
In Prompts ・ By ddyyuu
No description provided. 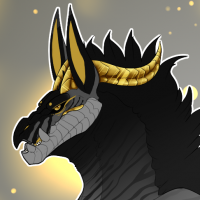 In the rich text editor:
[thumb=1811]
In a comment:
[{Prompt 3} New Experiences by ddyyuu (Literature)](https://www.play.pouflons.com/gallery/view/1811)
There are no comments yet.