Looking back on it now Gauze could see that his training in Banelaire, or wherever the Wolf had decided their camp would be moved to that week, was wrong. Not the information he learned, no, that was always up to date, the maps consistently checked and rechecked against the observations the scouts brought in and updated when even the smallest deviation was found.

No, it was the way he had been taught. The atmosphere in which he had learned to memorize those maps and their updates. The constant fear that if he were even the slightest bit off in his recitation that whole squads of soldiers could be wiped from Bellacoste and he would be to blame.

All these years later Gauze could still feel the heavy weight of the General’s eyes on him as he hunched over, feverishly scribbling away at his own paper as he copied a map from memory. He could smell the air in the room grow thick and heavy with pneumir as the Ancient watched and he could hear the click of his claws against the hard surface he drummed then on impatiently.

When he was young, when he was learning (when he hadn’t yet been betrayed by those who created and raised him for their own purposes), he had thought those classes a matter of life and death. Not his, though that’s what they were, but for the soldiers he was supposed to be helping.

There was no doubt in Gauze’s mind now that had he failed in his classes the Wolf would have disposed of him then and there rather than later when he had allowed him to be captured and imprisoned by the pouflon forces.

That he had been able to recreate a map from memory had saved his life at the time and, looking out over the fields of Goldfair now, it would appear it was saving him again now.

0 ・ 0
In Knight Quests ・ By AlleyWolf
No description provided. 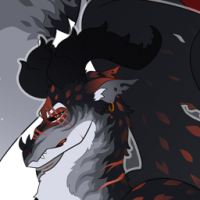 In the rich text editor:
[thumb=1804]
In a comment:
[Memorization Games - P651 by AlleyWolf (Literature)](https://www.play.pouflons.com/gallery/view/1804)
There are no comments yet.