To say that Kaiju was expecting her wouldn't be wrong. Not in the broad sense of the term and if they maybe stretched the definition of ‘expected’ a bit.

Kaiju knew Gerblin was coming. She just probably didn't realize how fast Gerblin was planning on getting there.

The distance between the two was probably something that was supposed to take Gerblin about a week to trek, if they went at a reasonable pace and took breaks to eat and sleep properly. That wasn’t really Gerblin’s style though.

Sure, getting out and seeing the world was great! Wonderful even! There was absolutely nothing wrong with immersing oneself in the nature surrounding them and taking your time to admire it as you passed through. But that was something to do on its own in Gerblin’s opinion. When you were traveling for a reason though, to get from one place to another with a specific goal in mind? Well, then it was just better to get there as quickly as you could in order to spend the most time at your destination!

So no, Gerblin would not be stopping every four to six hours in order to stretch and eat or stopping every evening in order to get the socially acceptable eight hours of sleep. No, Gerblin would snack while they walked, take a quick hour nap here or there, then continue on walking. Maybe if they got really tired they’d find themselves an inn for the night to stay in, but they’d be out the door the next morning and on their way again before the sun even rose.

Places to go, friends to visit, and only a limited amount of time to spend! Gerblin was going to use every minute to the best of their ability.

Oh, how the tables had turned! Gerblin was not visiting a friend this time, a friend was visiting Gerblin!

Kaiju had arrived in one of the overnight steam locomotives early that morning and after a big breakfast, and a nap, the two were trying to decide what to do with the day.

“Well, there’s a really cute little touristy town a bit north. We could go there. They have a bunch of cool stuff and this weird colored food restaurant,” Gerblin supplied,”or a little farther north than that there’s a really pretty gorge that has big huge waterfalls! Oh, oh! And if we go to the east we could always go to the coast. Really there's a whole bunch of places we could go if you want.”

“All of those sound like fun to me. How long will it take us to get there?”

“Not very! They're all pretty easy day trips in my opinion.”

That oh so seemingly simple phrase set off warning bells in Kaiju’s head. What Gerblin would consider a suitable day trip and what most other normal folks considered a reasonable amount of travel time for a day trip were two entirely different things.

“Gerblin, just how long will it take us to get to any of these places?” She asked suspiciously.

“Let me think,” they hummed and their face scrunched up as they calculated the time in their head, “the town and the coast are about an hour away and the gorge is maybe three and a half?”

“How about we go somewhere just a little closer then those Gerblin.” Kaiju shook her head at her friend’s warped sense of acceptable travel time.

“So, instead of walking to the train stop and taking the train home like you intended, you walked all the way home?”

“And it took you an extra day to do so.”

“And why, Gerblin, did it seem like a good idea to add an extra day on to your journey when I know you walked right past the train station?”

“Ah, well you see… spite.” Hedgedoe squinted up at the other ursuki. That was actually a reason she understood quite well thank you. But there had to be an additional story behind it.

“Look, it’s not my fault the pouf was a jerk!” Gerblin defended as they threw their hands in the air.

“I didn't say it was, but I want to know the reasoning behind it.”

“Because he said I couldn't, obviously.” Holding her paws out in front of her now like the answer would just materialize from thin air so Hedgedoe could see it play out like an illusion, Gerblin shrugged.

“Well I was just walking along, making good time by following the tracks, and I knew the station was close to the river somewhere. So at a station before that I asked a pouflon how much further the other station was and he said I should just get on the train now” scoffing and wrinkling their nose like they smelled something nasty, Gerblin waved the thought away, “so after he said that of course I had to finish walking the whole way just to prove him wrong!”

0 ・ 0
In Callings ・ By AlleyWolf
No description provided. 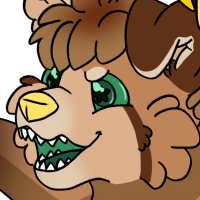 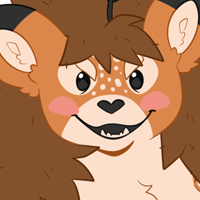