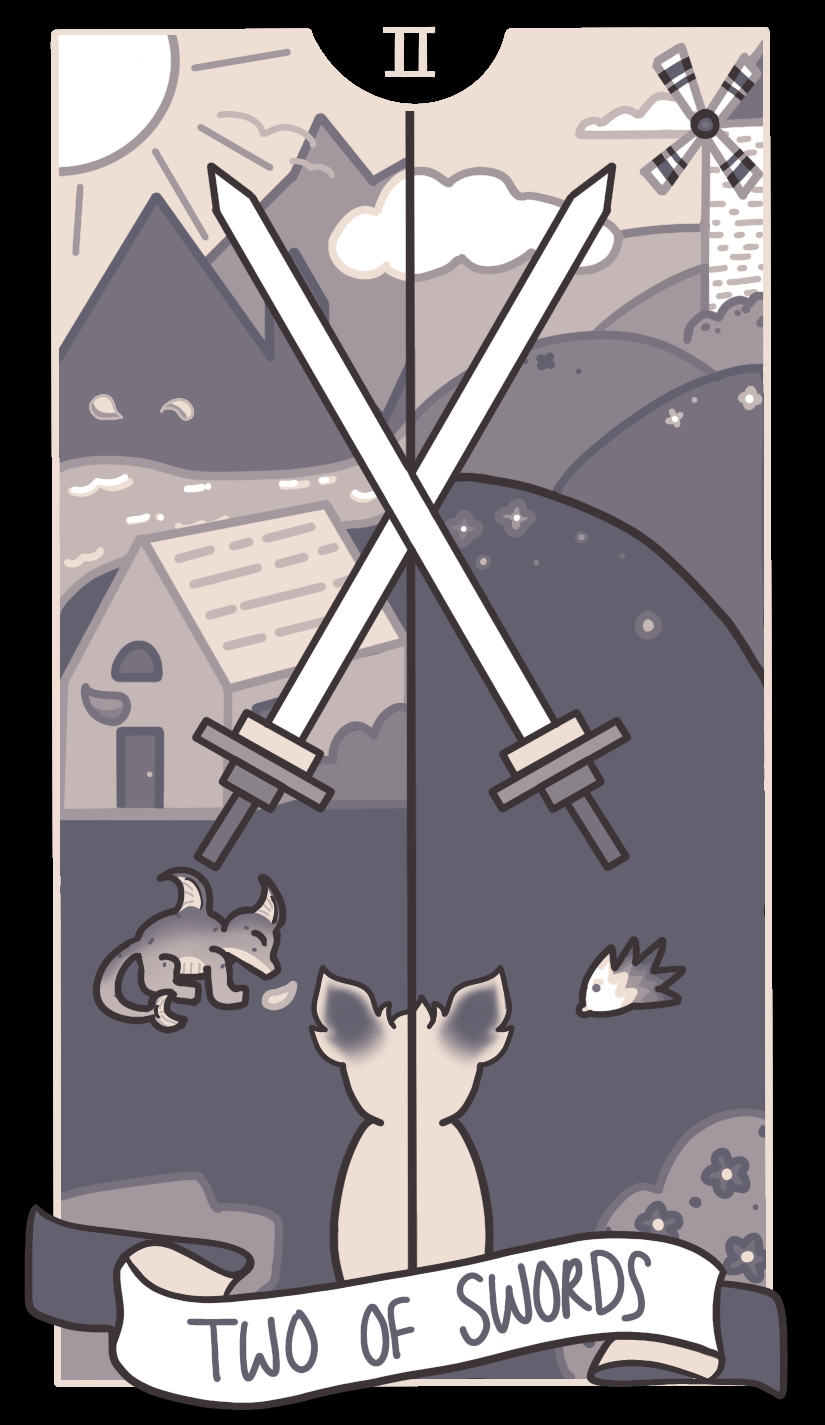 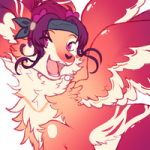 As a bloom, Lief often found himself stuck between options, unable to make a decision to the point where it was very stressful to him, although he tried not to show it. The Two of Swords in tarot is a card that indicated indecision, a word that describes Lief's bloomhood well. On the left is his home in Flourspar, with his family's Citriark. On the right is Goldfair, a place he frequented and was often exploring with Fuzz, his Pyropine. Above him looms two swords, crossed, representing the conflict of his indecisiveness. 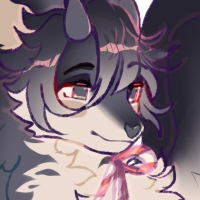