In Mage Quests ・ By fyre
0 Favorites ・ 0 Comments
They thought, with all that had happened in their life, that magic had left them. Yet, still... Even with their magic seemingly long gone...

Sara had never once lost their sense of wonder.

The nighttime sky had always called to them, an echo of some horizon begging to be discovered. A celestial message was bottled in the stars, leading them down a trail littered with moonlight and shadowed pathways. And for the longest time, they thought this was simply their wonder, dreams, playing out in the very skies they couldn't reach.

It was the young lon's one way of connecting with the skies that had been lost to them.

Sometimes it felt like a tease- life mocking the fact they were bound to the land so far from the stars they admired.

But... some days it felt very different too. At times Sara had been admiring the skies, tracing the constellations and the starlit rivers above as he wandered. When doing this, occasionally an odd thought would occur to him. Take a different path here, avoid the shadows there, don't turn away from the shuffle of that bush... Little thoughts that many would simply chalk up to an oddity of the conscious. Something to push past, ignore.

Yet every time it seemed to lead Sara to luck and valuable memories. While admiring the Vespire's Eye above, a bright star, the thought occurred to take shelter in the nearest cave. They had missed the rain, the downpour of a sudden storm. As they traced the lines of the Capricorn's Fin, they found they had wandered into good company and a cast of stories to retell on future travels.

Despite their true magic being gone, taken so long ago, it seemed the stars had given them something back.

And at times Sara couldn't help but think that he had been granted the gift of more than just wonder.

0 ・ 0
In Mage Quests ・ By fyre
No description provided. 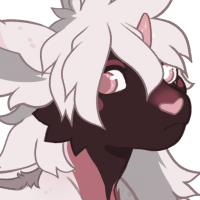 In the rich text editor:
[thumb=1733]
In a comment:
[[Seeker] Sara | First Position by fyre (Literature)](https://www.play.pouflons.com/gallery/view/1733)
There are no comments yet.