When he’d woken up this morning a voice in the back of his mind told Rome that he should just go back to sleep. Now, halfway through the day, he wished he’d heeded it.

The day wasn’t going badly by any measure, but something felt not quite right. It was like everything was just to the wrong side of “off” and he’d yet to be able to put his hoof on it.

That in and of itself wasn’t odd really. They often giggled to themself and if asked to explain what was so funny would usually only make it halfway through the explanation before falling into fits of even harder laughter. Watching and ursuki rock back and forth clutching at their chest as they laughed– without making a sound– and tears streaming down their face just once tended to be enough for others. When they saw Gerblin giggling the next time they just left her to it.

Anyway, Gerblin was giggling. What was different this time was the clickity clack of their claws as they watched a pouflon walking by. Whenever he looked around they would duck behind something: the corner of a wall, a column, or even use precious magic to illusion themself invisible.

Oh yes, Gerblin was up to something. It was going to be one of their best pranks yet this Wild Hunt!

How she managed to get into Rome’s home was a secret she wouldn’t reveal (after all, she’d learned her lesson after the whole “breaking and entering” fiasco earlier in the year), but she was in and had a whole bag of press-on googly eyes. She’d made sure they were easy to stick on and remove so they wouldn’t damage anything later. There was no way she could afford to replace even a quarter of the things in Rome’s house (or art gallery, but she hadn’t gotten there yet) if the prank were to damage them.

“He’s so responsible,” they whispered down to their bundelion, “we’re just going to help give him a little giggle.” Then handed the pippet a handful of googly eyes with instructions on where to stick them that they couldn’t reach.

All day he’s been unable to shake the feeling that someone was watching him, but when Rome looked over his shoulder he saw no one who shouldn’t be there, and none of them had eyes on him. Nor were there any of the quick movements that would suggest someone had been watching him and had looked away when he’d looked up. So why couldn’t he shake the feeling?

It wasn’t even confined to his home. He’d gone to his gallery and still the feeling persisted.

“Oh, your Highness!” The voice of his own personal bard caught his attention and he looked over to see Fern coming toward him, a grin on his own face. “The new exhibit is wonderful. What was your inspiration for all the eyes?”

“Yes sir, all the googly eyes that you added to your paintings. It’s quite in the spirit of the Wild Hunt. I didn’t expect it of you!”

Slowly, ever so slowly, Rome turned to look at one of the portraits on his gallery’s walls. Sure enough, where the eyes of the subject would be a pair of googly eyes were stuck to the canvas and looked down at him. Blinking in shock his eyes swept the walls and saw the same treatment on every piece– be it sculpture or painting– that had eyes. There were googly eyes in their place.

The sound of a stifled giggle came from behind him, his guard, and Fern. A ripple in the air as an illusion fell revealed an ursuki covering their mouth as they looked at him, eyes sparkling with mirth.

“You?!...” He tried to get words out but all he could think of was the realization that looking back over his day there were tens– hundreds even!-- of googly eyes staring at him that his mind had simply glossed over.

“Me!” the ursuki crowed in delight, but when his guard made a move toward them they cackled and scuttled out the door. 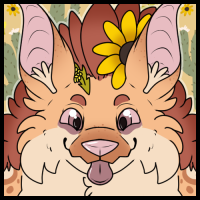 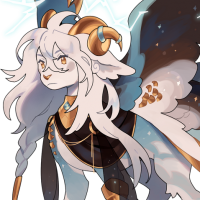