Nyssa had continued to guide them north through Redwick until at last Erl could see the watery creep of the swamp begin. As the ground grew damper and the smell of decomposing plant litter filledthe air he looked around for a proper place to replant the sapling he had carried all this way. Its voice had calmed as he had carried it, softening from shrill distress to thankful relief.

Finding the perfect spot, Erl had carefully replanted the sapling in ideal conditions. From where it was it would receive just the right amount of water, sunlight, and have the space to grow.

Once that was done Nyssa beckoned him to continue following.

“Where are we going?”

‘Deeper.’ was the only cryptic reply.

At least Spore and Chirup seemed to be amusing themselves. The pair appeared to be playing a game of tag, with the spungus using the vines that hung throughout the canopy as a highway to scurry along as he chased or ran from the kiweet in turn.

Erl took the time unencumbered by sapling or pippet to appreciate this change of landscape. As the group continued to follow the familiar the trees became thicker and more twisted, not in any sort of ominous sense, but in the sense of their roots jutted out and crept, curling around obstacles in their path. Every thing here was determined to grow as much as possible and take any space it could to do so.

When Nyssa stopped and waved a hand in a ‘look at this’ motion Erl was already staring in amazement at the large mangrove before them. It’s roots spread out, curling and arched nearly creeping away from its trunk almost (or possibly more so) than its wide canopy did. In awe he walked closer, picking his way across marshy hillocks and using the trees own thick roots as walkways above the brackish water.

“This is… just… wow.” All his words escaped him but by Nyssa’s pleased nod that was the way it should be. He was seeing something magnificent and should appreciate it fully.

0 ・ 0
In Mage Quests ・ By AlleyWolf
No description provided. 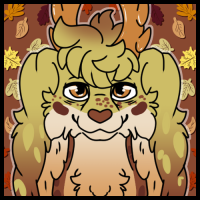